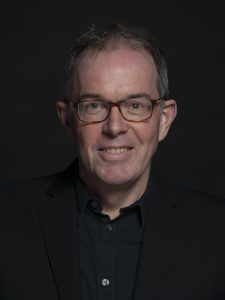 After graduating from his studies in language and literature, Stratton Bull went on to study at the Conservatory in his hometown of Toronto and later at the Royal Conservatory in The Hague. He performed with leading ensembles in Europe and North America, including Tafelmusik Toronto, Hesperion XX, Cappella Pratensis, Cantus Cölln and Capilla Flamenca, and has been singing since 1988 at Cappella Pratensis, shortly after this ensemble was founded.

Since 2004 Stratton is artistic director of Cappella Pratensis. His interest is particularly on the interpretation of 15th and 16th century polyphony from the old notation. He regularly gives workshops and masterclasses on this subject. Through his work at the Alamire Foundation (International Centre for the Study of the music of the Low Countries, University of Leuven), he works closely together with various musicologists on projects related to the music that Cappella Pratensis performs, including the digitisation of late medieval choir books.