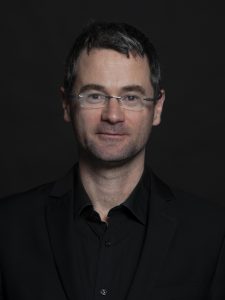 At the age of eleven, the Israeli-French singer Lior Leibovici played the role of Miles in The turn of the Screw by Benjamin Britten. This gave him the taste of music and theatre. At first, Lior trained in his native Israel where he was admitted to a lyceum for the arts and the Cultural Corps. He then went to France, where he studied singing at the conservatory Erik Satie in Paris and at the Centre de Musique Baroque de Versailles. From 2004 onwards, Lior specialised in the Royal Conservatory in The Hague with Peter Kooij.

Thanks to his pure and warm tenor timbre, Lior performed very varied roles from the Baroque and classical repertoire. He was the Evangelist in the Johannes Passion and Matthäus Passion of Johann Sebastian Bach, Tirsis in Le Malade Imaginaire of Marc-Antoine Charpentier, Achille in Iphigenie and Aulide by Christoph Willibald von Gluck, Orphee aux Enfers of Jacques Offenbach and Aret in Baucis und Philemon by Joseph Haydn.

Lior Leibovici has been a part of Cappella Pratensis since 2008. In addition, he also sings in Profeti della Quinta and in Theleme. He made many Cd recordings in all his countless roles.