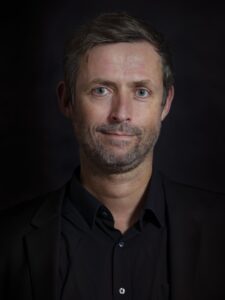 After getting a propedeutical degree in History and studying Russian Sciences at Leiden University, Bram only took up singing around the age of 30. Three years later he entered the Tilburg Conservatory, which he left after two years, being admitted to the Master Program in Advanced Vocal Ensemble Studies at the Schola Cantorum Basiliensis. This Master he finished ‘with distinction’ in 2015.

In his professional career Bram has a special interest in and love for ensemble repertoire, especially that of the 14th, 15th and 16th centuries. Apart from Cappella Pratensis, he is a member of the Hemony Ensemble, Seconda Pratica and regularly works for the Apollo Ensemble. As a soloist, in recent years he performed amongst others the soli in the Matthew and John Passion by Bach, numerous Bach Cantatas, the Mozart Requiem, but also the Vigilia by Rautavaara. Finally, as a choir singer Bram has in the past few years been working for the Netherlands Chamber Choir, the Netherlands Bach Association, the Helsinki Chamber Choir, as well as for the other professional choirs in the Netherlands. He is at present being coached by pedagogue dr. Geert Berghs.