Feast of the Swan 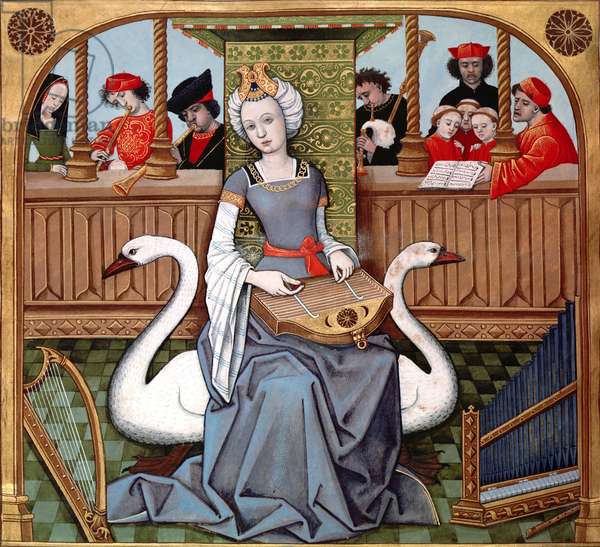 At the beginning of the Renaissance, the southern Dutch city of ‘s-Hertogenbosch with its abundance of churches and monasteries was also known as ‘little Rome’. A central place on this religious scene was occupied by the Confraternity of our Illustrous Lady. This pious organization had one of the best choirs in Europe, which performed a wide range of polyphonic choral music in its own chapel in the mighty St. John’s Cathedral. But they owe their folk name Zwanenbroeders to the grand banquets they organized every year, where one or more swans were on the menu, a very exclusive delicacy at the time.

With six singers, eight instrumentalists, a narrator, a cooking historian and a kitchen brigade, we make a lively reconstruction of such a banquet. The program of music, entertainment and food is based on very detailed descriptions from the archives of the Brotherhood. As a visitor to The Feast of the Swan, you participate in the banquet and become part of the performance. You will discover where the Burgundian character of Brabant comes from and experience the rich music and food culture that goes with it. The performance is a must for anyone who loves music and history.