Now that we know how to use our Guidonian Hand(s) and how to solmise like a Renaissance musician, it’s time to start practising with some well-known plainchant hymns.

Before we do so however, there are a few things which might be new if you’ve never sung plainchant before:

A ligature is when two or more notes are combined into a single figure.[1]In measured music, ligatures also have specific rhythmic meaning. While there is some evidence to suggest that such a rhythmic interpretation of this notation was occasionally used in the performance … Continue reading

In the performance of chant they indicate the performance of several notes on a single vowel. They can take many forms, but are broadly separable into box and oblique shapes.[2]In fact, plainchant neumes are given specific names, a thorough overview of which can be seen here. Benedictine Monastery of Solesmes, ed., Liber Usualis (1952; repr., Tournai: Desclee & Co., … Continue reading 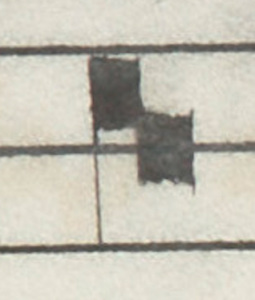 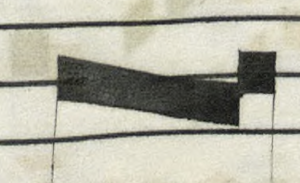 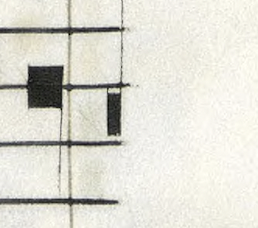 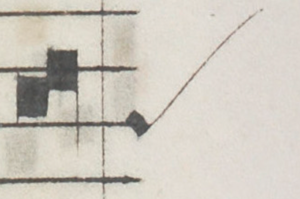 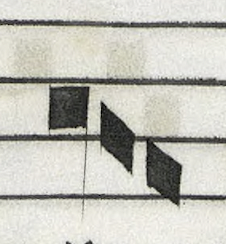 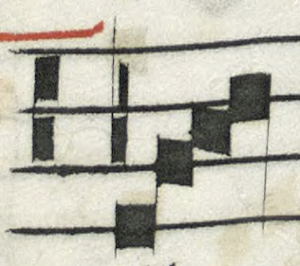 since Latin was widely used as a Lingua Franca throughout Europe, regional pronunciations flourished. For the moment, we will use a standardised modern, liturgical pronunciation of Latin.[5]A detailed overview can be found here. Benedictine Monastery of Solesmes, ed., Liber Usualis (1952; repr., Tournai: Desclee & Co., 1961), xxxv.

plainchant was sung in many different ways in the Renaissance. One of the more common ways was to sing all notes the same length, except for the mediocres which were often sung twice as fast.[6]For an overview of the various rhythmic approaches associated with the performance of plainchant in the fifteenth and sixteenth centuries see Richard Sherr, “The Performance of Chant in the … Continue reading This is the approach taken in these recordings, accompanied by occasional elongations and pauses at moments of syntactic importance.[7]The rhythm of plainchant in performance has been a matter of considerable debate over the past few centuries. Perhaps the most widely recognised approach today descends from the nineteenth-century … Continue reading

The selected repertoire can be found by following the link below. We recommend solmising each piece first before adding the text.