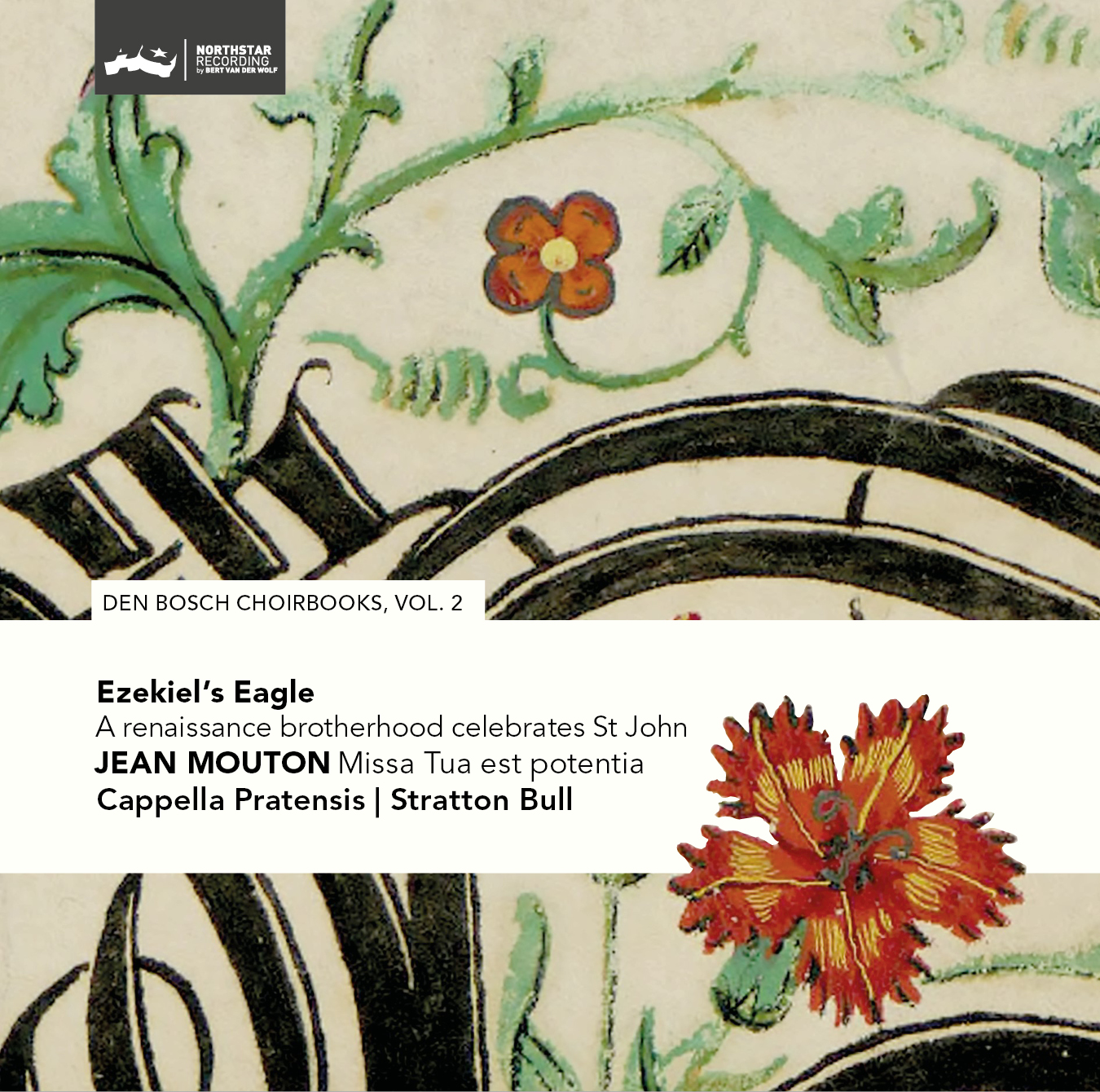 At the dawn of the Renaissance the southern Dutch city of ’s-Hertogenbosch, with its abundance of churches and monasteries, was also referred to as “Little Rome”. Central to this religious scene was the Brotherhood of Our Illustrious Lady (Illustre Lieve Vrouwe Broederschap), founded in 1318. This devotional organization, which counted among its members the famous painter Hieronymus Bosch, invested considerably in recruiting and employing the best singers and organists for its chapel, which performed a wide variety of polyphonic music. No fewer than nine choirbooks with this repertoire are still preserved by the confraternity.

This CD, the second in a compilation series of five, highlights two choirbooks from the collection: MS152 and 155. The focus is on Jean Mouton’s Missa Tua est potentia, interspersed with Gregorian chant and beautiful polyphonic motets, also by Mouton. The music transports you to a 16th-century sunny spring day in the colorful Brotherhood Chapel in St. John’s Cathedral in ’s-Hertogenbosch. It is the sixth of May, the day of the great feast of John in front of the Latin gate.

The Missa Tua est potentia is a plea for peace and protection. Themes that are just as topical today as they were five hundred years ago. 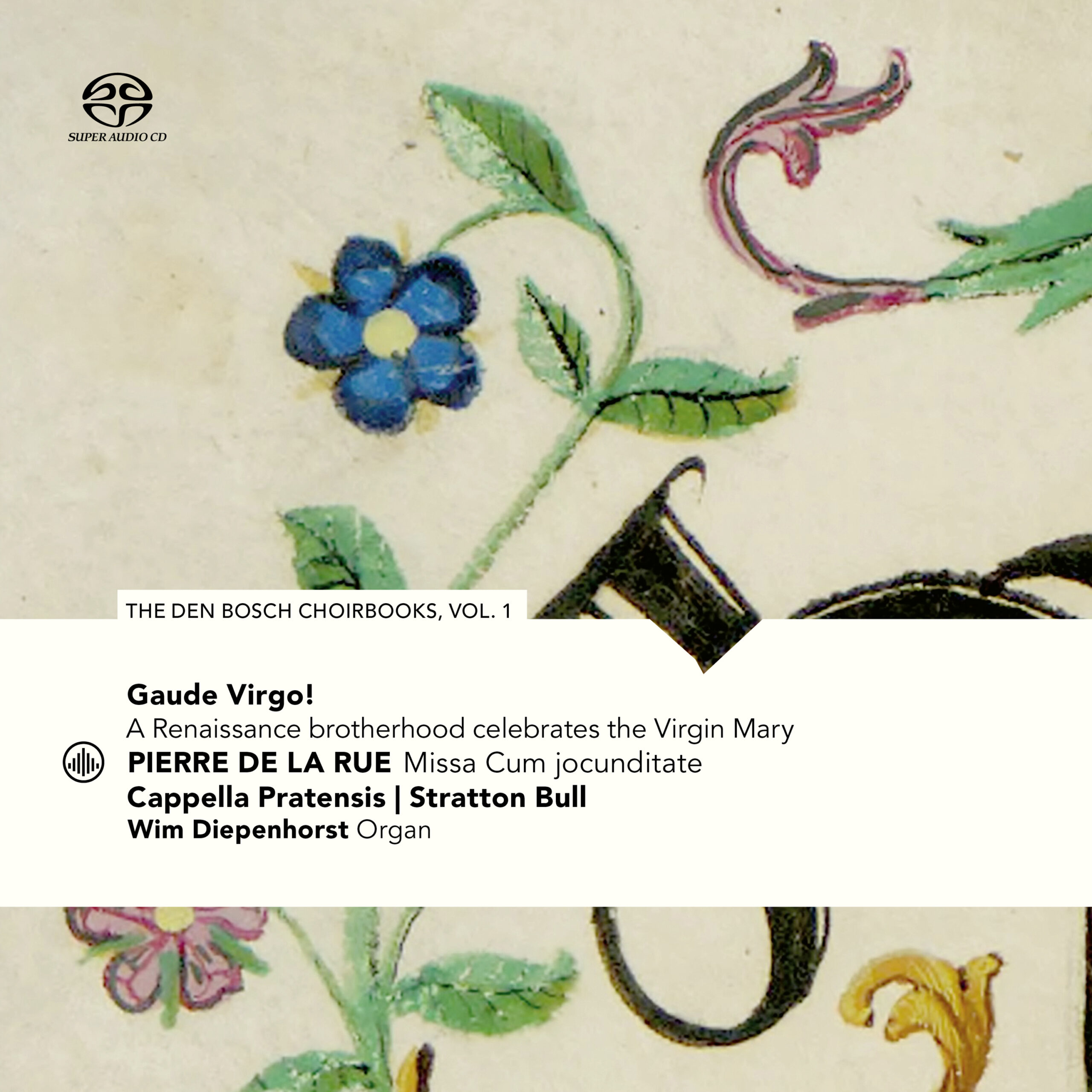 At the dawn of the Renaissance the southern Dutch city of ’s-Hertogenbosch, with its abundance of churches and monasteries, was also referred to as “Little Rome”. Central to this religious scene was the Brotherhood of Our Illustrious Lady (Illustre Lieve Vrouwe Broederschap), founded in 1318. This devotional organization, which counted among its members the famous painter Hieronymus Bosch, invested considerably in recruiting and employing the best singers and organists for its chapel, which performed a wide variety of polyphonic music. No fewer than nine choirbooks with this repertoire are still preserved by the confraternity.

Marian devotion was at the very centre of the activities of the Brotherhood of Our Illustrious Lady in the late middle ages. Every Wednesday the Confraternity brothers gathered in their opulent chapel in the church of St. John the Evangelist to celebrate a votive Mass in honour of the Blessed Virgin. There they would have heard their choir of men and boys sing not only the ancient plainsong melodies but also the most complex new music of the time, polyphonic masses and motets by composers of both international and local reputation. The sounds of the organ too were integral to these occasions; the Confraternity employed an organist and kept their chapel organ in fine repair. 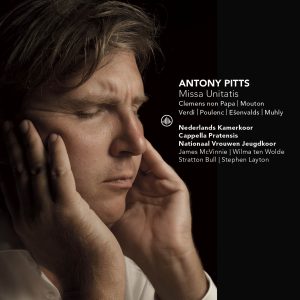 The Missa Unitatis is the first new mass in almost 500 years commissioned by the Illustre Lieve Vrouwe Broederschap (founded in ‘s-Hertogenbosch in 1318) and premiered in a unique collaboration between two choirs: the Nederlands Kamerkoor and Cappella Pratensis.

The Missa Unitatis is all about finding – and striving for – mutual understanding. The five sections of this mass are interspersed with separate contributions from each ensemble, as well as the Nationaal Vrouwen Jeugdkoor. In this way, the unity is underlined as the underlying theme and made tangible in this recording in a unique way. 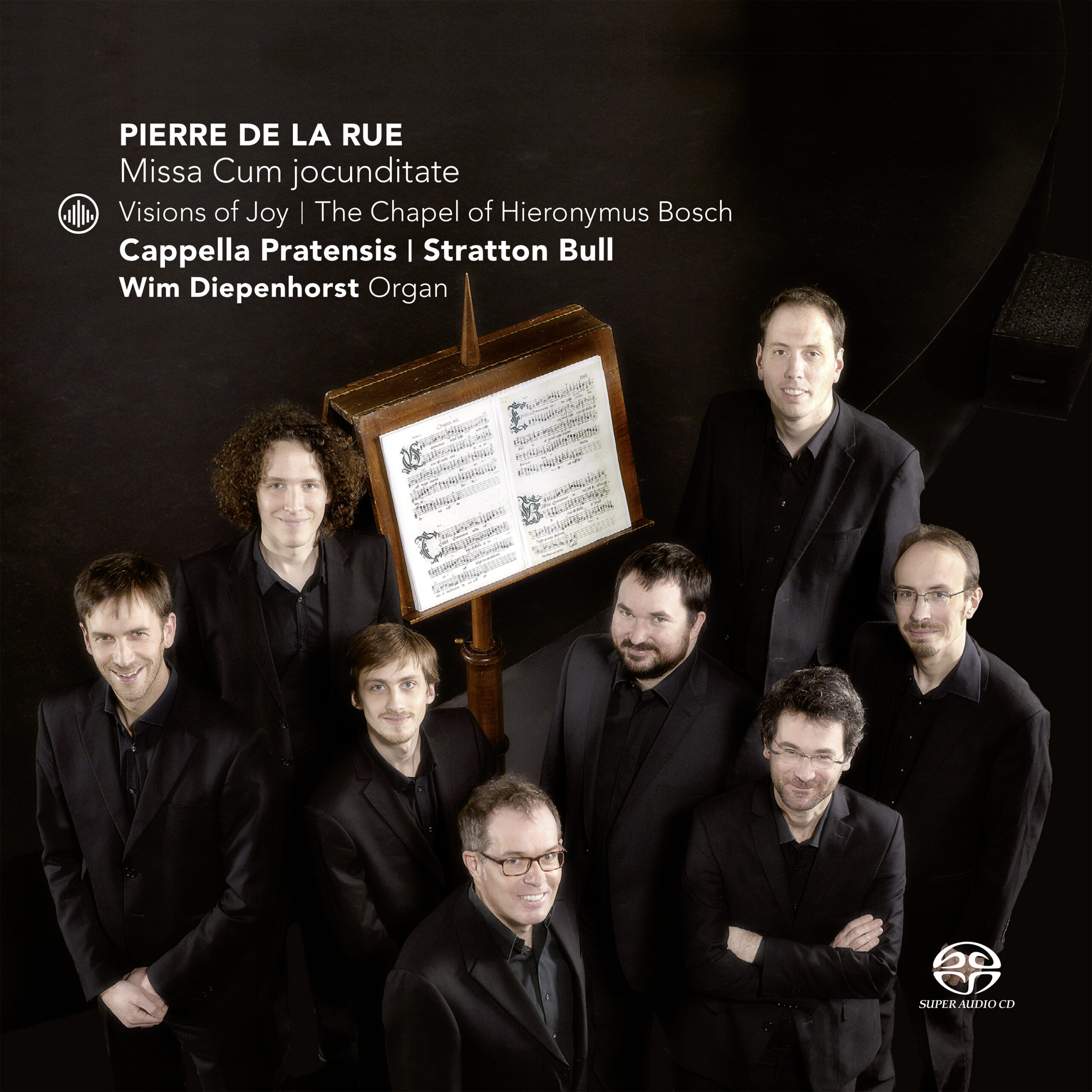 Music clearly fascinated the great Dutch artist Hieronymus Bosch (c.1450-1516); his sketches and paintings are peppered with closely observed depictions of music-making and musical instruments. Bosch, a native of ’s-Hertogenbosch in the Duchy of Brabant, was a life-long brother of the city’s Brotherhood of Our Illustrious Lady, a large and prestigious organization for which sacred music was an essential and highly-valued part of its devotional life. Every Wednesday Bosch could gather with his Confraternity brothers in their opulent chapel in the church of St. John the Evangelist to celebrate a votive Mass in honour of the Blessed Virgin. This recording aims to capture a sense of the devotional soundscape that Bosch experienced throughout his life as a member of this music-loving Marian brotherhood. Instead of the frightening cacophony conjured by the artist’s vision of Hell, we encounter here the joy and serenity of the weekly Marian votive Mass liturgy.

This CD was reissued in 2021 under the title Gaude Virgo! | The Den Bosch Choirbooks, Vol. 1. 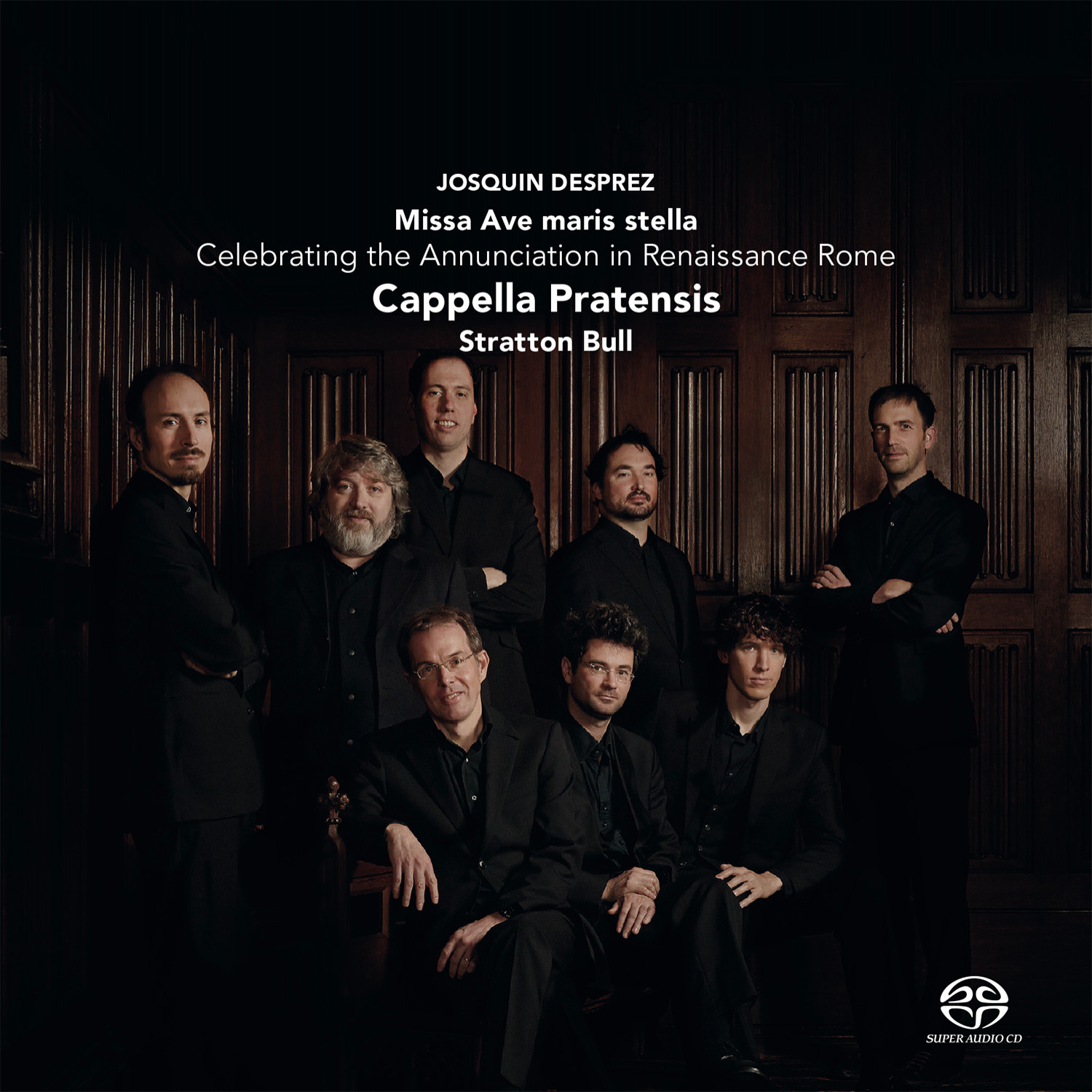 More than any other Renaissance composer, Josquin Desprez’s music has been extensively performed, recorded and studied. Although his numerous masses and motets are now more than 500 years old, they have taken a place in our contemporary musical museum of masterpieces. Through superlative craftsmanship and sublime beauty, this music transcends its time and place and its original function as sacred music.

The beautiful Missa Ave maris stella is an early work by the composer that is generally hailed as one of the masterpieces of the Franco-Flemish polyphonic repertoire. Desprez composed this mass during his years as a chorister at the Cappella Sistina in Rome (early 1490s). The mass is completed with Mariamotets by Josquin as well as the Gregorian chants that together form the liturgy of the Annunciation.

This CD is temporarily sold out. 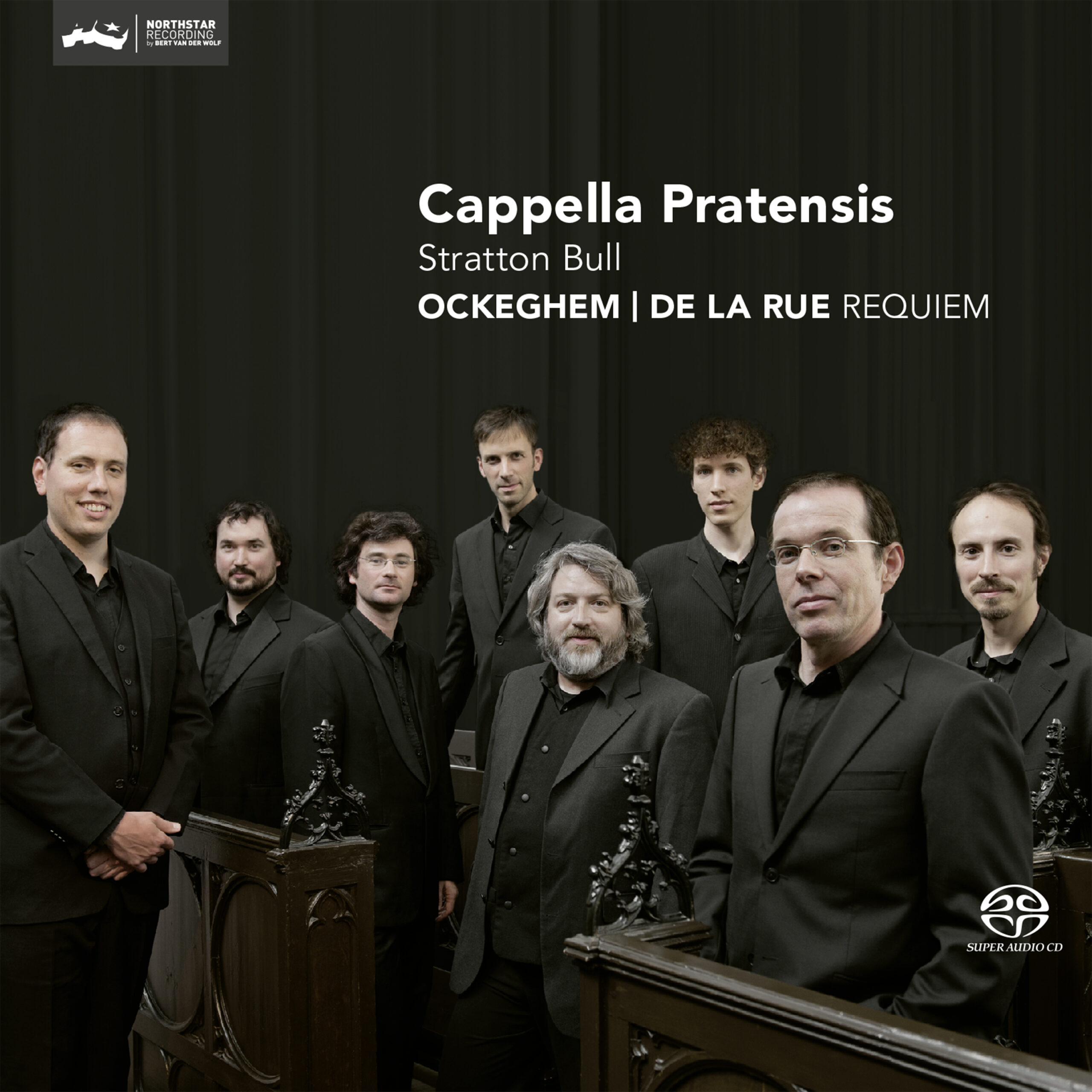 In this album, Cappella Pratensis returns to the very first polyphonic settings of the mass of death in history.

La Rue is clearly inspired by his older colleague, he follows his austere yet sounding style. Both works were highly praised, with Ockeghem’s work being described as “exquisite et tres parfaicte” (exquisite and perfect) and De la Rue’s as “the most beautiful Musik, die man hören konnte” (the most sound music you can hear). The leading French magazine Diapason gave this CD five stars (highest rating).

For this CD recording Cappella Pratensis has joined forces with internationally renowned conductor and musicologist Joshua Rifkin to explore the musical taste of the infamous Pope Leo X, who reigned from 1513 to 1518. The repertoire consists of works by the established great masters of the time such as Josquin Desprez and Jean Mouton, but also shows the appreciation of Pope Leo for the new generation of composers such as Adrian Willaert and Costanzo Festa. From the first work, Gaude felix Florentie – written for the pope’s triumphant entrance into his hometown of Florence – to Josquin’s monumental Miserere May, Deus’ repertoire is colorful and dramatic. The program draws a vivid picture of Italian music life at the height of the renaissance. Rifkin’s longstanding relationship with this repertoire guarantees an animated and deliberate performance. This CD was awarded a Diapason d’Or. 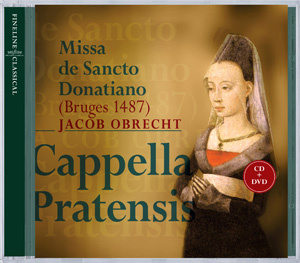 With this CD / DVD we return to the Sint Jacobskerk in Bruges in October 14, 1487, when a mass was held there in memory of fur trader Donaes de Moor with music written especially for the occasion by Jacob Obrecht.
The DVD contains a filmed reenactment of the mass plus an extensive documentary with professor Jennifer Bloxam of Williams College (Massachusetts, USA) and Stratton Bull – artistic director of Cappella Pratensis – filmed on location in Bruges. More information in English at www.obrechtmass.com. This CD / DVD was awarded a Diapason d’Or Découverte. 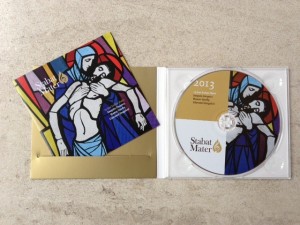 Concert registration of the Stabat Mater concerts in Oirschot in 2013, in which Cappella Pratensis performed Josquin Desprez’s masterful version of the famous passion text and was also the musical heart of the world premiere of Hawar Tawfiq’s atmospheric new Stabat Mater composition.

Soon again available in the webshop. 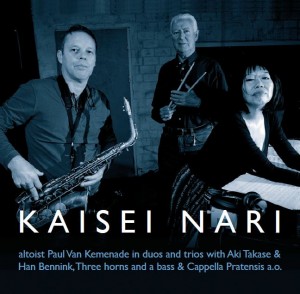 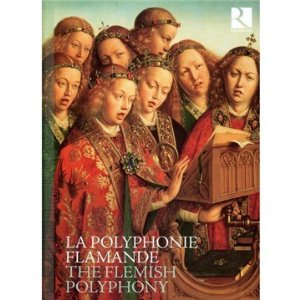 Buy this CD through the Ricercar label. 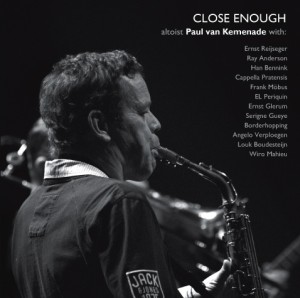 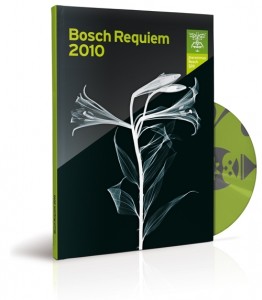 This DVD is no longer available.